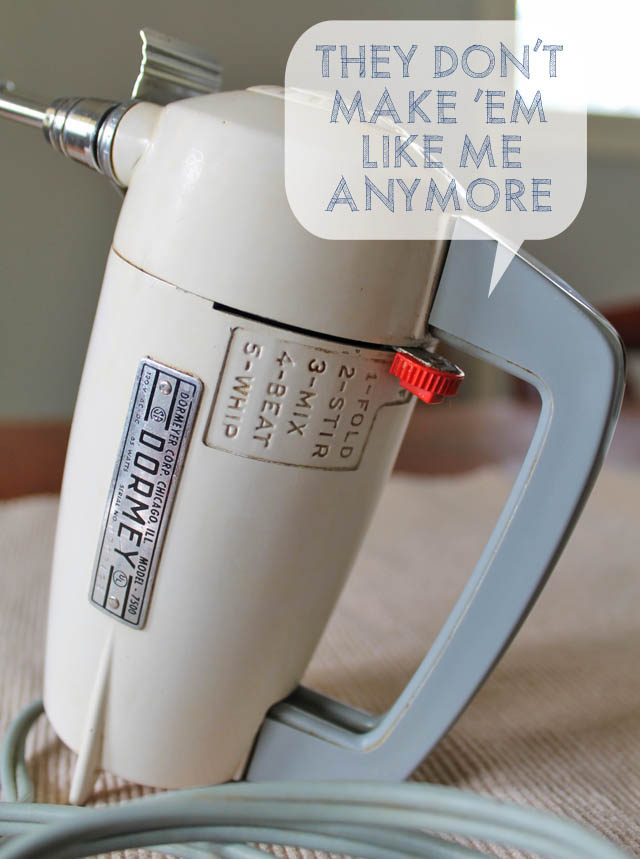 I have an affinity for vintage appliances. Unlike the cheap plastic mixers of today, this Dormeyer Model 7500 mixer features a metal body. At the risk of sounding like an old fuddy duddy, they just don’t make ’em like they used to! 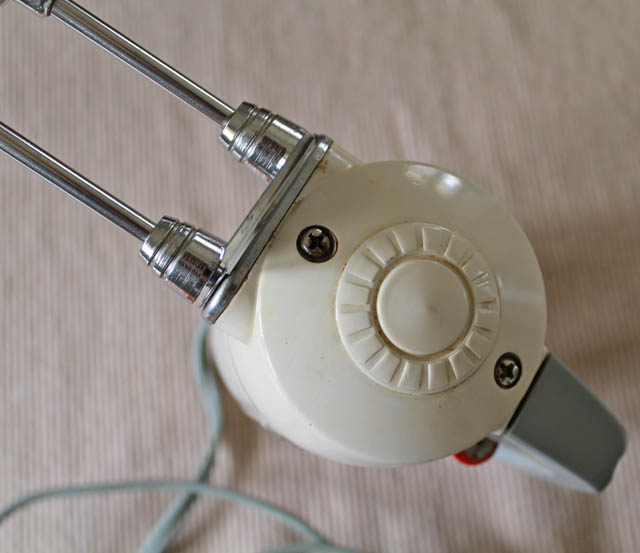 When I got back home with my new (old) mixer, I started Googling around for information on my little Dormey. Over on Vacuumland I learned that Dormeyer was Sunbeam’s main competitor. As the label states, Dormeyer was based in Chicago. In addition to the Dormey hand mixer, Dormeyer also made a stand mixer, as well as house brands for various department stores. My Dormey probably dates back to the 1950’s or ’60’s. Apparently the company offered the 7500, with the enamel finish like mine, and the 7600, a chrome version. I also came across this adorable vintage ad for Dormeyer mixers on Vacuumland: 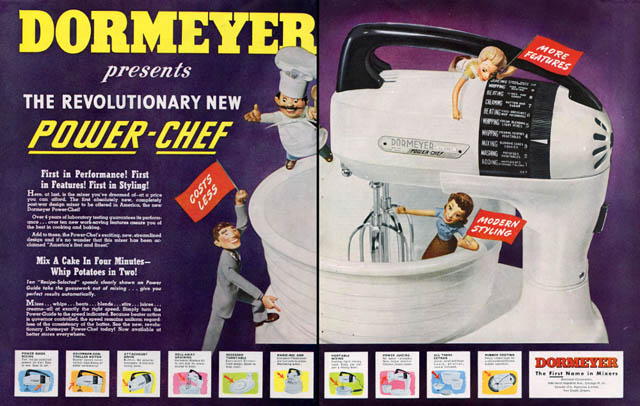 There are two things that amaze me about this old mixer. First of all, it’s absolutely incredible that a 50+ year old mixer is still in working condition. Can you imagine one of those cheap plastic mixers of today still working in 2064?! Umm, no, probably not.

And then there’s the history of this mixer. I can only imagine the many cake batters and cookies dough that were made with this mixer. I imagine a lady with a classic name like Betty or Mildred receiving this mixer as a wedding gift back in the 50’s. It probably sat in a drawer in her kitchen, always ready for whipping up a quick recipe for her husband and, later, their kids. Through the years her family were say she should upgrade to something more modern, maybe a Kitchenaid stand mixer, but Betty was adamant about keeping her well worn Dormey. It was more than mixer to Betty, you see. It was a part of the family. 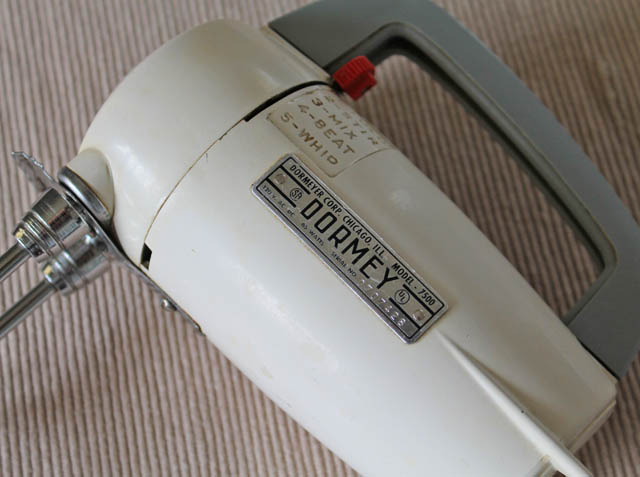 Betty probably passed away and her kids finally saw their chance to donate the dirty old mixer to the thrift store. And of course that’s where I come into the picture. Now, I’ll use Betty’s old mixer to prepare food for my family. It took some scrubbing to clean this old Dormey of the years of greasy fingerprints and thrift store dust, but it’s now ready to use.

As I placed the mixer on the check out counter at the thrift store, the cashier said, “Are you going to bake a cake?”

“I hope you bring us some,” she said.

“Well then I guess I better make cupcakes!”

We shared a chuckle, I handed over my $3.50 and came home with my beloved vintage appliance.

Order your copy of One Man Show: The Life and Art of Bernard Perlin, a beautifully illustrated biography of a 20th century artist and gay renegade.